There are some things you just expect when you go to CES, the Consumer Electronics Show. 2012 was no different. At over 1,800,000 sq. ft. of exhibit space and 3000+ exhibitors it is literally and physically impossible to see everything at the show. We make a point of catching the  highlights and during the course of the year we will also showcase a number of interesting but lower profile items we spotted at the show. Take a look at the mildly organized mayhem.

Been There Done That… The next generation

CES wouldn't be CES if the walls were not plastered with large flat-panel TVs. This year was no exception. We'll talk more about one

standout product type in a moment. The usual product categories were represented and several of them showed some nice improvements. Storage, as always, is getting bigger and faster. The multi-terabyte drive solutions are now quite common and we are seeing many more SSD's (solid-state drives) making their way into mainstream products..

The smart phone, home control systems and their ‘smart’ capabilities are being integrated into everything, including your refrigerator. One refreshing plus was that some of the home security and control products are now entering the DIY space. In the coming months we hope to review some of these and test how easy it is to install and control everything from your doors to your thermostat.

We have seen steady improvement in flat-panel TVs every year since their introduction. The biggest two enhancements to date have been the move from LCD to LED and the introduction of 3-D technology. At this year’s CES we saw two new technologies that demonstrated a serious improvement to what is available on the retail shelf today.

should really stand for is: "Warning, your jaw is about to drop somewhere below your knees when you look at the incredible image on this screen!". I guess OLED is less of a mouthful to say.

OLED was introduced a few years ago with very small screen sizes and very high prices (17" approx. $20k). The difficulty was working out manufacturing bugs of producing this very thin layer screen in large sizes. Apparently those stumbling blocks have been overcome. LG and Samsung both previewed 55 inch OLED models at CES.

When we were given a tour of the LG booth, it was hard to tear ourselves away to look at anything else. The crispness, clarity, incredible contrasts with its virtually perfect blacks along with the smoothness of motion in the 3-D images left us wondering why anybody would buy anything else. Of course, the anticipated debut price of $8-$10,000 may give us a good reason. Feeling mildly depressed that our new aspiration for 3-D TV may have to wait a few years we moved on and continued the tour. We were pleasantly surprised however, when we were taken over to look at the other new technology..4K.

a tremendously improved brightness and crispness to the displayed image. 3-D on these panels is also greatly improved as you are getting twice the resolution to each eye and it is much smoother and brighter to watch than current screens.  Of course, in 2D, you will see the full 4K resolution. Numerous manufactures, including LG, Samsung and Toshiba, had prototypes of these devices on display. Prices for these screens will probably be a bit more reasonable, we're guessing about half that of OLED. We don't expect to see either of these new technologies on store shelves till near the end of this year or early next year.

'U' Is for Ultra - Ultrathin or Ultraslim

Whether it's labeled ultraslim or ultrathin, all of these new notebooks are designed to compete in two arenas. The first and most obvious is that of MacBook Air®. The MacBook Air is another notable piece of design from Apple that, while expensive, is an extremely thin and lightweight laptop that has been the design envy of the notebook industry. These new ultra notebooks embrace the same extremely slim and sleek design and offer excellent performance for Windows users. Like the MacBook, they do not incorporate a DVD drive as that would require more height and depth.

The other arena is the ever-growing tablet space which we'll talk about in a minute. The key here is that neither Intel nor AMD have any real presence in this quickly expanding market. These new ultra notebooks offer a real computing and convenience alternative to the Tablet form factor.

There were entries in the ‘Ultra’ category from virtually every laptop manufacturer in the industry. All of them provided a similar experience with many stressing the beauty of their design. Of particular note was the HP Envy 14 Spectre. This took one of CNET's best in show awards, and deservedly so, for its exquisite use of glass on the front, back and touchpad. As an added bonus, it weighs just under 3.8 pounds and will give you almost 9 hours battery life.

Like any technology introduction, pricing for these ultra notebooks is a bit dear. You can expect to spend anywhere from $1000-$1500 to take one of them home. The good news is by the time you're ready to buy a gift for the graduate  in your family or start doing early holiday shopping, the price will have dropped substantially.

'T' is for Tablet

We all know the expression that starts "if I had a dollar for…". Well, if I did have a dollar for every tablet I saw at CES I would have left a very, very wealthy man. I cannot begin to count how many new companies, many of which I had never heard of before, introduced tablets at CES. Dual core processors are probably the most common upgrade to the technology along with those touting the latest Ice Cream Sandwich version of Android(4.0). As would be expected, pricing ran the gamut from just under $100 to about $500. The biggest problem I would expect from all these tablet introductions is that probably only 10% of the manufacturers will still be producing them, or in business, by this time next year.

introduction at Nvidia's press conference. Asus and Nvidia have worked together on numerous products over the years. One of their most popular recently, was the Asus Eee Pad Transformer Prime which uses the NVIDIA® Tegra® 3 Quad-core CPU. It's a beautifully designed piece of technology with the 10.1 inch screen, 1080p HD video capable, and a price tag to match at just under $600. Surprisingly, this price is somewhat justified as this is the first quad core tablet/keyboard combo available on the market. However, other than the fact that Android 4.0 (ice cream sandwich) is now available for the device, this was not the big news.

During the press conference, Asus unveiled a new 7” tablet, the ME3707T. This medium size device packs the same punch as its bigger brother utilizing the Tegra3® processor to power and illuminate its 1080p capable screen. The big surprise (?)….it will be priced at $249. When it hits store shelves it won’t be there for long.

CES 2012 did not set the world on its ear or unveil any life changing technology. It did, as always, give us a broad view of what technology will be bringing us over the next year or so. Improvements in convenience and capability were apparent in everything from healthcare to Pioneer’s heads-up display for your car.

Will everything we saw actually make it to market? Probably not. Historically, that has always been the case. More importantly, the technology will. We’re looking forward to seeing and testing all the cool tech, both hardware and software, that will emerge from what we’ve seen this year. Stay tuned.

Back to the Future

With the 2011 edition of the Consumer Electronics Show (CES) behind us, we have spent  a good deal of time discussing the technologies that were on display. It was a year which was mostly dedicated to supporting existing infrastructure and technologies rather than unveiling something new. For our observations to make sense, let me give you a little background.

Things in technology, like many things in this world, run in cycles. Cycles in the computer and technology industries seem to run in two forms; circular and leapfrog. Leapfrog is pretty much what it sounds like. 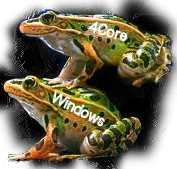 In the case of technology it's usually between hardware and software, or lately content. 25 years ago we used to watch the hardware and software industries constantly leapfrog each other with improved capabilities. Microsoft would unveil a new version of Windows and Intel, and later AMD, would unveil a new more powerful processor that could not only run that software but had plenty of room for more. Sometime soon, Microsoft and others would release more complex software (or often just poorly written software) that would require all of that power and then some. This cycle went on and on through the 286, 386, 486, Pentium chips and onward.